If you haven’t already noticed, I’m infatuated with flickr. There are just so many great photographers posting striking photos for the world to see. I visit on a regular basis to see how people are capturing and documenting play.

Kids at Play II is the second installment of an occasional feature of images from around the world presented in PlayGroundology’s flickr photo galleries. Flickr galleries allow the curator to include any photo from amongst the 5 billion strong digital collection with two exceptions – the curator cannot include his or her own images and a contributor can choose to opt out of the ‘gallery’ functionality. 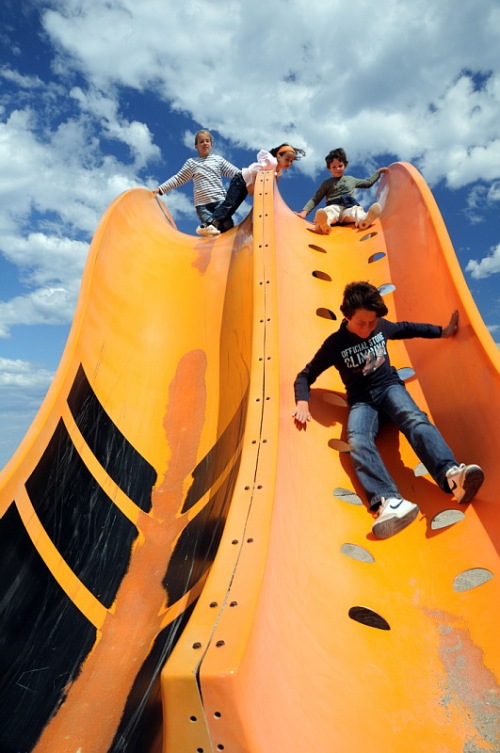 Worth a 1,000 words and more, these images tell the story of children at play in countries around the world. Despite differences in culture, environment and economic circumstances, these photos attest to a common language. Children everywhere have an innate desire to play – to have fun, to learn, to dream. As global citizens we have an obligation to ensure that kids who are in more difficult situations are able to more fully express their ability to play.

6 responses to “Kids at Play II”