Earlier this month, our son Noah-David started Grade Two. This year there is a bit of a twist. Noah and his younger sister Nellie-Rose, who is just beginning her school day adventures, are now being taught completely in French in a school that is part of a French language school board, le Conseil scolaire acadien. French is Noah’s mother tongue but after two years of education in English he was losing his ability to speak it fluently. 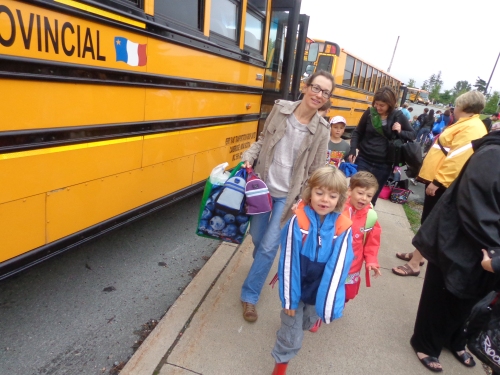 He was a little anxious about not knowing anyone in his class and not having strong reading skills in French. There was newness all around including lunches in a large cafeteria. Noah was a little at a loss and feeling the weight of not quite fitting in. This was most pronounced during the time he spent in the crowded cafeteria. His enjoyment of the new school was suffering. At home, we spent some time with Noah speaking about how he was feeling and let the school know what was going on too. We encouraged Noah to dive in and speak with the kids around him in the cafeteria. A couple of days later, he resolved the problem through play. 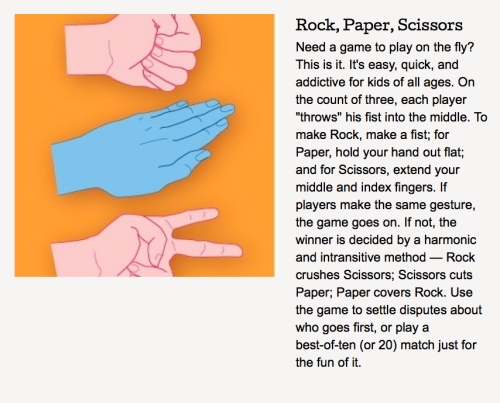 In the cafeteria again for lunch, Noah saw some kids a few aisles away playing rock, paper, scissors. He nudged the kid next to him and asked him if he wanted to play. Lunchtimes have been smooth sailing ever since. The outdoors icebreaker turned out to be soccer, one of Noah’s favourite sports. We now get daily reports about his feats in the Grade Two pick up league.

Play knows no language, it communicates organically setting in motion an idiom of laughter, fun and pulsing expectation. I remember we never wanted to head back to class when recess’ too short mash up of movement was frozen by the bell. It didn’t matter what we were playing – British Bulldog, Red Rover, Kick the Can, something from the Tag family, or just a bit of freelance tomfoolery – we wanted the clock to tock, tock, tick forever. In France, we were marksmen taking aim at a small pyramid of billes (painted clay alleys) from ten paces until we popped the top and sent them scattering. Scotland’s skills tester had us cracking a shiny tennis ball high and low against a brick wall.

Every place has its collection of favourites, games for all seasons. Although I have not found a central repository or portal for pre-digital games, there are 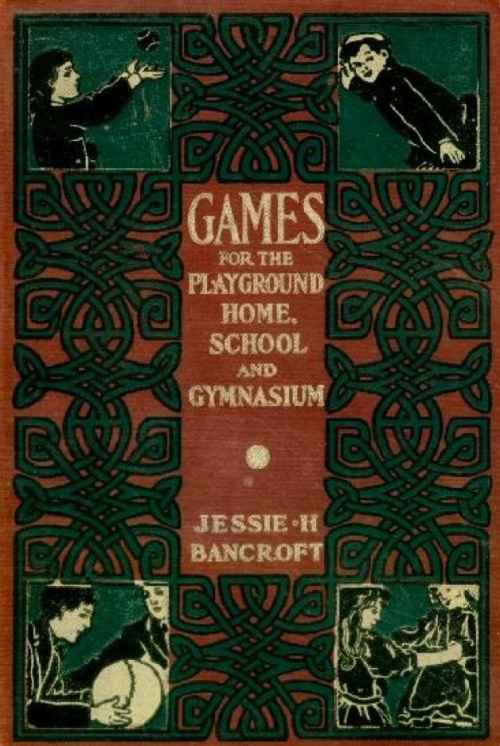 resources such as Games for the Playground, Home, School and Gymnasium published in the early years of the last century and available in its entirety right here (via The Gutenberg Project). This is a 500 plus pages compendium of games that many of us have never played. Worth a look if you’re involved in organized activities with kids à la beavers, cubs, etc.

There is more contemporary fare with an international flavour. UNESCO’s Bangkok office has led a project to document traditional children’s games in South-East Asia.

There is a lot to choose from in this inventory of intangible cultural heritage and it’s all available for download.

An International Inspiration program set up by the British Council, UK Sport and UNICEF to coincide with the London Olympics has also compiled a number of games from around the world and a map. They are available here. 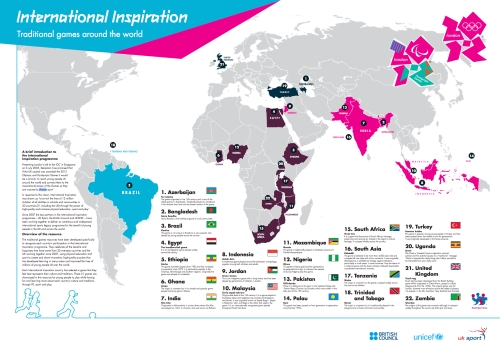 And here is a selection of traditional games shared through International Inspiration.

Digital is not the only game in town. Play outdoors and explore some games of the world.

I’m on the lookout for more sources of good kids’ games. Please let me know if you come across any…

6 responses to “Play Knows No Language”