Ed’s note – found while browsing the internet this morning and reposted here for your reading pleasure.

(Nordic Nyhetstjänst) – In what is believed to be a world first, the City of Stockholm plans to name an official play laureate. Long known as a city that honours individuals who embody the excellence of the human spirit, Stockholm is now set to celebrate the wonder of play in a manner that reflects the city’s singular character. A senior municipal official who spoke on condition of anonymity, because details are not yet finalized, indicated that the concept has been bandied about in the Stadshuset on a number of occasions by municipal politicians and administrators. 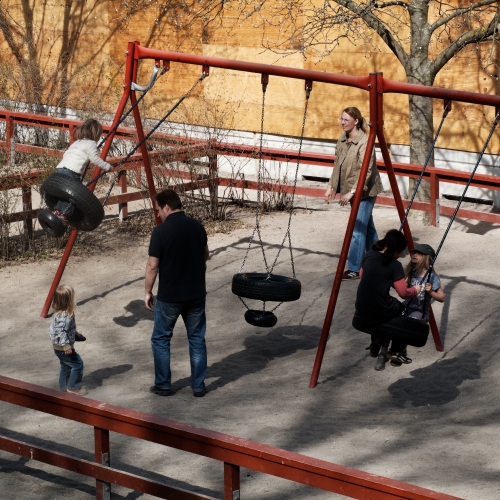 It seems that the time is right to identify an individual who will lead a rejuvenation of play and playfulness for the city and its citizens. According to the source, Stockholm wants to become a global leader in championing the well-being of children. By creating a play laureate, the city believes that the activity of play, which is essential to good physical and mental health, to discovery, to experiential learning, to assessing risk and to having fun, will gain greater prominence and become a foundational cultural value.

Duties of the play laureate are not yet fully defined. There has been conversation that the official role would be charged with developing a research plan and budget, consulting with children and families about play opportunities in public spaces and helping to organize community-led events throughout the city. The source tells Nordic Nyhetstjänst that the city wants to invest the laureate with the opportunity to define aspects of the position thereby providing some independence and flexibility. 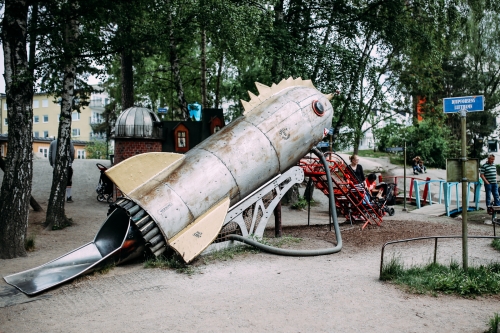 If the source is accurate, the new role will be announced in early June just in advance of public schools breaking for the summer holidays. There is no confirmation yet on whether this will be an honorary role, or a paid position.

If only this wasn’t published on April 1……

Back in the 1968, Palle Nielsen created a play happening in Stockholm’s Moderna Museet. There had never been a play space quite like it and it’s debatable if there’s ever been once since. 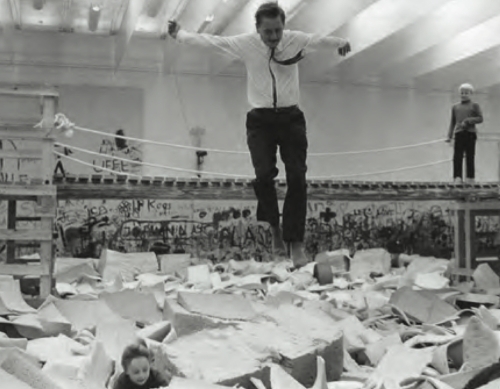 Nielsen got up to some recent public play at the 2013 edition of Paris’ Nuit Blanche.

For more photos and background on Model for a Qualitative Society visit Architektur für Kinder. A more detailed and authoritative interpretation of the 1968 Stockholm event is available in Lars Bang Larsen’s essay, The Mass Utopia of Art Activism: Palle Nielsen’s The Model – A Model for the Qualitative Society

Palle, how about coming over to Canada’s Ocean Playground to work with us in putting together a creative public space for play. We have our own version of Nuit Blanche too – Nocturne.