Coming Soon to a Neighbourhood Near You

At times there’s been a backwoods silence in the neighbourhood – very few cars and little in the way of outdoor activity. With warming temperatures, kids sprout, scooters and bikes in hand ready to roll. In parties of one, they zip up and down the same strip of sidewalk inaudible except for the DIY motorcycle rumble of cards hitting spokes. The big hearts, small bodies crew savours the outdoors  they had been isolated from but are incomplete without buddies to race or pal around with. We wave and shout encouragements as they slip by our house in their solitary pursuits. A haunting quiet surrounds us accenting the absent tumult which for so long had been part of our daily ritual… 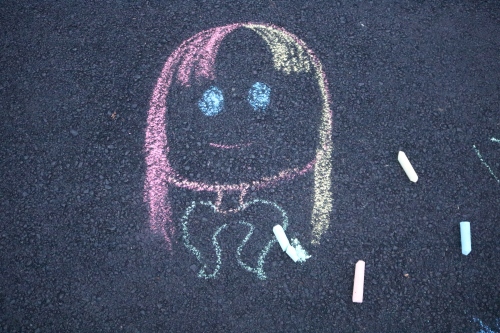 Decibel levels are starting to rise. There is the whirring hum of lawnmowers as they assault the first dandelion crop of the year. Unfurling leaves pop out of buds sending a rustling whisper through the trees. Songbirds land lightly on a hanging feeder in the front yard’s poplar sharing melodies before they flit. Cars and trucks reinsert themselves with increasing frequency, their carbon roar an exhausting déjà vu.

Though we’re not all on the same schedule, communities throughout the world will or have experienced a similar metamorphosis. We are on the cusp of a new, still evolving normal. Retail shopping and restaurants are reopening, more people are returning to work, and public parks, beaches and some outdoor recreation areas are open. Schools will remain closed until September. Playgrounds are still a no go zone. Social distancing sontinues to be de rigueur but apparently not everyone is in receipt of that memo.

The changes haven’t fully caught up to the kids yet. There is some sporadic outdoor play here and there, as well as the new experimental sanctum for heightened mutual appreciation of pandemic-bonded siblings but no grand gathering of neighbourhood friends to hang, have fun and create their own adventures. No green light for that yet. Missing is that unmistakable soundtrack of kids at play, the at times boisterous vacarme punctuated by squeals, shrieks and shouts. 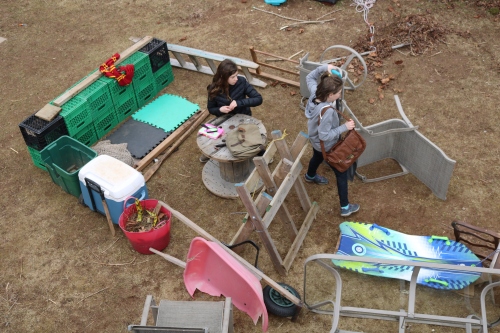 On several occasions throughout our coronavirus confinement, Mélanie and I have remarked on how much we’re looking forward to hearing those sounds again. When the kids are out and about, doing their own things with friends, making a ruckus and a racket well then it will seem like things are starting to get back on track.

In the interim, take a listen to these kids from Japan as they play on one of Toshiko Horiuchi MacAdam’s unbelieveable creations.

The soundscape may not be conducive to meditation but it certainly delivers a joy infusion. These sounds were captured in a video a few years ago. They are my favourite recorded sounds of kids at play resonating with wonder, excitement and adventure. Our neighbourhood doesn’t quite reverberate with this intensity but it can get quite loud when the kids are out making the world in their own image. Horiuchi MacAdam lives here in Nova Scotia and should be considered a National Play Treasure for her contributions to art, design and play.

May the noise be with us all soon….. 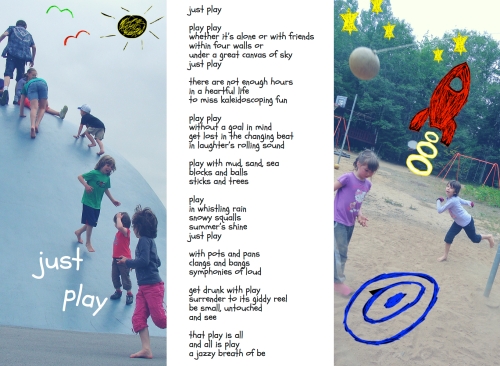 Posted in COVID-19, may the noise be with us, sounds of children playing, Toshiko Horiuchi MacAdam