This selection of readers’ favourites is taken from posts published in 2019 and 2020. The titles link to the full stories. More readers’ favs to come… 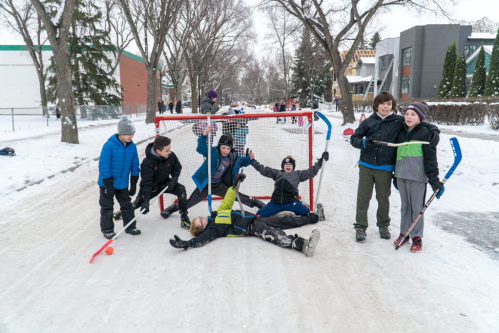 Nearly 25 years ago, UNICEF and UN – Habitat launched the Child-Friendly Cities Initiative. As of 2018, 30 million children in 38 countries were being reached by this growing global movement. Earlier this year, the Mayor of London, UK released Making London Child-Friendly: Designing Places and Streets for Children and Young People, a milestone for the movement as it welcomed a leading world city to its ranks.

For Each Kid a Story

The Halifax South Common is popping, erupting in play. A ‘loose parts’ emporium is scattered in pods across a grassy canvas on what has been public land since at least the 18th century. On this July day, kids arrive in family groups, with day camps and in gaggles of child care centre pre-schoolers. Before it’s over, 200 kids are dispersed throughout the pop-up zone intent on touching, testing, trying, telling – infusing this public play extravaganza with their joy, energy, words, motion and ideas.

With Mobility there is Freedom and Adventure

Letting our children loose to explore their neighbourhoods, to get from home to school and back, or to play with friends just ain’t what it used to be. For over 40 years, kids’ independent mobility has been in a state of progressive decline. Visualize a series of ever decreasing concentric circles that in the most extreme instances become so constricted that children do not leave their homes without an adult in tow. Empowering – no. Fun – not much.

Balls and balls of fun at the Outdoors Loose Parts Emporium

“Play outside” is a regular refrain at home from us adult types. It’s not that the three kids are unfamiliar with the concept. Sometimes they just need a little impetus, an encouraging word. On most days, they are outside playing for hours on end. Our son is in the habit of calculating how long he’s been outdoors on a given day and then enumerates his activities – pick up basketball, road hockey, man tracker, catch the flag, fishing, biking, or just playing around in the backyard with our assortment of loose parts. The girls do likewise just not as sports fixated…. 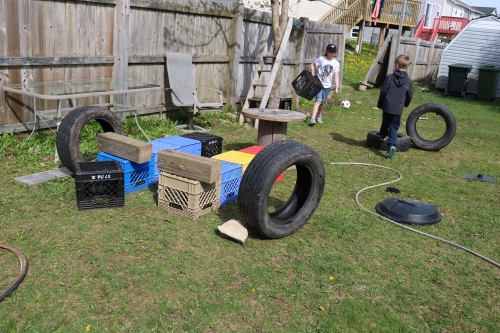 In our contemporary society, there is much energy, thought and in some cases money being invested to explore ways that will make outdoor play more accessible and attractive to kids. Numerous studies document a general penury of active, outdoor play across many of the high income countries. Kids are more sedentary, spend greater amounts of time indoors and when they do get outside, their freedom of movement, the territory in which they have permission to range is greatly restricted in comparison to previous generations.

The Pure Joy of Goofing Around

Can there possibly be a more endearing premise for a documentary than kids and a far-flung menagerie of animals starring in a true life scientific investigation? Invite a few academic luminaries along to drive the narrative and you get a story that must be told. “The pure joy of goofing around” as host David Suzuki intones during the opening sequence while a gorilla in a shallow pool spins around in absolute abandon.

The Irresistible Lightness of Playing 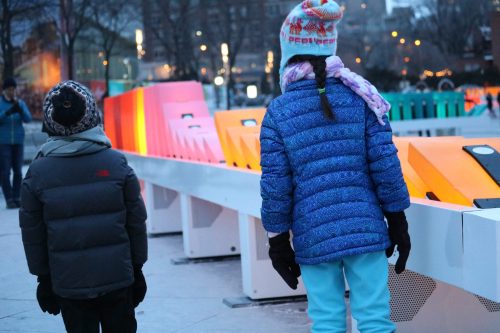 I take the Metro straight to Montreal’s Quartier des spectacles. The latest smile inducing installation does not disappoint. Large pink, turquoise, orange and yellow interior lit tablets shaped like PEZ™ lozenges are arranged side by side on raised platforms. Standing on end à la dominoes, they are waiting for a push. Warm, ethereal tones synch with luminous sweeps through each sequence making for mini light and sound shows…